The first day of the meeting was dedicated to the role of the governmental institutions in addressing CSE. Ms. Anina Chileva, the Chief Expert in NCPHA and Executive of PETRI – Sofia, opened the international meeting and facilitated the first session. In this session, representatives from the Ministry of Health of Bulgaria and the UNFPA EECARO delivered presentations on the importance of CSE from different perspectives. The representative from UNFPA, Mr. Rune Brandrup highlighted the developments, and the obstacles in relation to CSE in the last years in the region, and focused his speech on the CSE partners, evidence and resources available. He presented the recent research findings which includes 25 countries, and concluded that even though there is a clear progress in the field of CSE and the majority of the countries have legal basis which includes SE (Sexuality Education), the core barrier is the system, and the common misconceptions related to CSE.

The second session of the meeting was focused on the regional overview of SE in the WHO European region, the young people as seen by the regional ICPD+ review, the young people in the SDGs (Sustainable Development Goals), the development agenda 2030 and CSE, and the implications for the region. Ms. Nino Chitishvili, the Y-PEER Focal Point in Charge from Georgia and PETRI-Sofia fellow, pointed out the importance of youth participation, and the priority of SDGs for the young people. Mr. Petar Mladenov, Y-PEER Alumni and Director of the Youth Policies Directorate of the Ministry of Youth and Sports in Bulgaria, presented the research findings from the latest report on SDGs, and the role of youth in the decision-making processes.

The third session was facilitated by Mr. Rune Brandrup, and it was dedicated to the good CSE practices from the governments while sharing experiences by the representatives from Albania, Georgia, Bulgaria and Kyrgyzstan. Ms. Edlira Mezini, the representative from the Ministry of Education and Sports in Albania, introduced the implementation of CSE in Albania and the challenges they are facing at the moment. Mr. Abakir Mamytov, representative from the Educational Academy in Kyrgyzstan at the Ministry of Education, discussed the SE from a historical perspective, and pointed out the importance of the content of CSE, as well as the quality and positive information included.

Mr. Kosta Kostov, chief expert at the Ministry of Education and Science in Bulgaria, discussed the implementation of SE in Bulgarian schools while mentioning the legal framework related to SE, as well as the challenges in the system. Ms. Anina Chileva elaborated on the CSE in Bulgaria, the strategic documents, and the peer-to-peer training interventions they have implemented so far. Ms. Nadya Zdravkova, the Deputy Director of LoveGuide, presented their interactive website on sexual health education, the online resources they use to inform teenagers on CSE, and the importance of social media, such as their YouTube channel, as an efficient way to attract teens’ attention.  The last session of the first day finished with an interactive group work where the participants developed frameworks of the needs of the young people in the region, the role of the governments and the role of NGOs in relation to CSE. 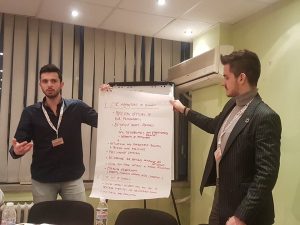 The second day of the meeting was dedicated to the role of the NGOs and the advocacy efforts needed for achieving CSE in the regions. The first session was focused on advocacy, and its implications for CSE from the experiences of different NGOs, and it was facilitated by Mr. Anmar Khalid, International Coordinator in Charge of Y-PEER network.  Mr. Aleksandar Slijepcevic, Project Coordinator from the NGO Perpetuum Mobile from Bosnia and Herzegovina, shared the situation and the issues in the CSE implementation in the country, and discussed the future steps they are planning to take in the next years. Ms. Brunilda Hylviu, representative from the Albanian Center for Population and Development, elaborated on the CSE programs they are implementing, and the importance of empowering young people to advocate and be engaged in the decision-making processes. Ms. Galina Chirkina, the Executive Director of the Alliance for Reproductive Health in Kyrgyzstan, shared an interesting story about challenges they faced in Kyrgyzstan after producing and spreading informational materials related to sexuality education, the governmental resistance to CSE, but also how they managed to achieve certain success after focusing the attention of society and the governments on this unmet need of young people. She also presented useful tools for assessing trainers’ experience after delivering sessions on SE.

Dr. Radosveta Stamenkova, Executive Director of the Bulgarian Family Planning and Sexual Health Association, discussed the importance of mainstreaming SRHR and CSE, the successes and failures while advocating for CSE, and the evolution of the key materials for effective CSE. Mr. Sargis Gazarian, International Coordinator for Advocacy and Partnerships in Y-PEER, introduced Y-PEER as an organization, the advocacy approach from youth perspective, and the CSE priorities in Armenia. The second session was facilitated by Ms.Yuliya Andzhekarska, and it was focused on presenting different online platforms aimed to advance the CSE advocacy. Mr. Petar Mladenov introduced the online platform – Global Online Hub for advocacy on CSE, and Ms.Yuliya Andzhekarska presented the SpeakActChange platform as an opportunity for young advocates to share their ideas and thoughts related to CSE. In the last session, the participants developed concrete steps to achieving the goals to enhancing CSE in the regions. 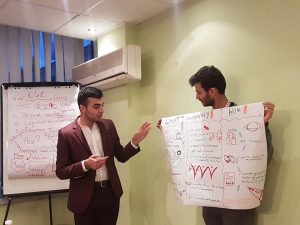 This international meeting on Advancing Comprehensive Sexuality Education across regions was proven to be beneficial both for the representatives from the state institutions and the civil society organizations as the key stakeholders operating in this field. We truthfully hope that the meeting provided an open space for all participants to share experiences, best practices and challenges, and develop specific actions for improving the CSE climate in the regions of Eastern Europe and Central Asia.