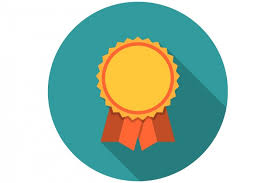 The U.S. Embassy has announced that nominations are now being accepted for the 2018 Ambassador’s Woman of Courage Award.

The Woman of Courage Award honors women who are making history in their countries and communities through their work to better their societies, to fight discrimination or strife, and to help resolve conflicts. Women who have taken risks to run for public office or who are striving to break down barriers in order to promote positive change are great candidates for the award – so nominate someone now.

The winners will be honored in a special ceremony hosted by the U.S. Ambassador in commemoration of International Women’s Day in March. They will also be invited to participate in special events and programs supporting women throughout the year. As part of the select group of Women of Courage from their countries, they will provide inspiration and hope to women in towns and villages throughout the region.

$500 will be given to a community-based organization chosen by the winners.

Nominations can be submitted via either e-mail, fax, mail, or hand delivered at the address given on the website.