The Y-PEER PETRI team visited the 90 th Secondary School ‘General Hose De San
Martin’ once again on the 22 nd of October to check on their progress in the spheres of
non-formal and peer-to-peer education, and to offer additional ideas and advice.
Once again we had two groups of students – one was from our previous and more
expanded training session in Bansko, whilst the other was a class from the same
school that had not previously participated.
The older group of students had the same task – to introduce the younger students
to important topics related to sexual and reproductive health, gender equality,
quality communication, self-exploration and others. The specific topics they decided
to focus on were self-exploration and teamwork. This time, the workshop took place
outdoors in order to experience the full potential of the non-formal education.

The youngsters gradually learned the key points through a variety of interactive
games and educational discussions. They found out that if they work as a team, their
chances of winning the games would increase; and that school would feel safer if
they had a better understanding of each other (and themselves). The teachers had
the possibility to see the main advantage of non-formal education put into action:
because they were outside, the children were much more concentrated on
performing their tasks, and because the general format was via games, they
subconsciously soaked up all the key points of the workshop.
The goal of our visits was to show the advantages of the peer-to-peer method to as
many students as possible, and to encourage children to share information with each
other in a fun way. We want to remove the stigma of knowledge being associated
with obligation. We believe that with such projects it is achievable in the very near
future. 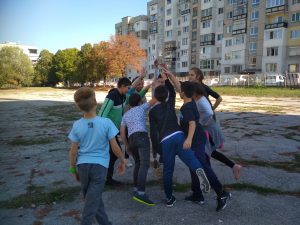 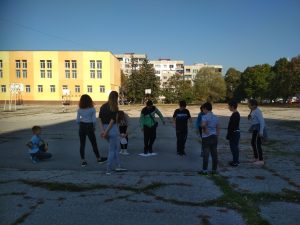 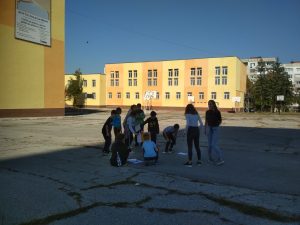 About the Author: Kalina