The Challenges of Being an SRHR Activist in Azerbaijan

Being a youth activist in Azerbaijan for several years, I have had the opportunity to work with many adolescents, youth groups, and different
stakeholders.  While generally, being an activist in a country where human rights and freedoms are less protected is difficult, it is even more challenging to work on issues of gender and sexual reproductive health and rights. It is with these challenges in mind that I wanted to share my experience as a Y-PEER educator on gender, violence, and SRHR in Azerbaijan, and to address the many obstacles I have faced while working in this field. 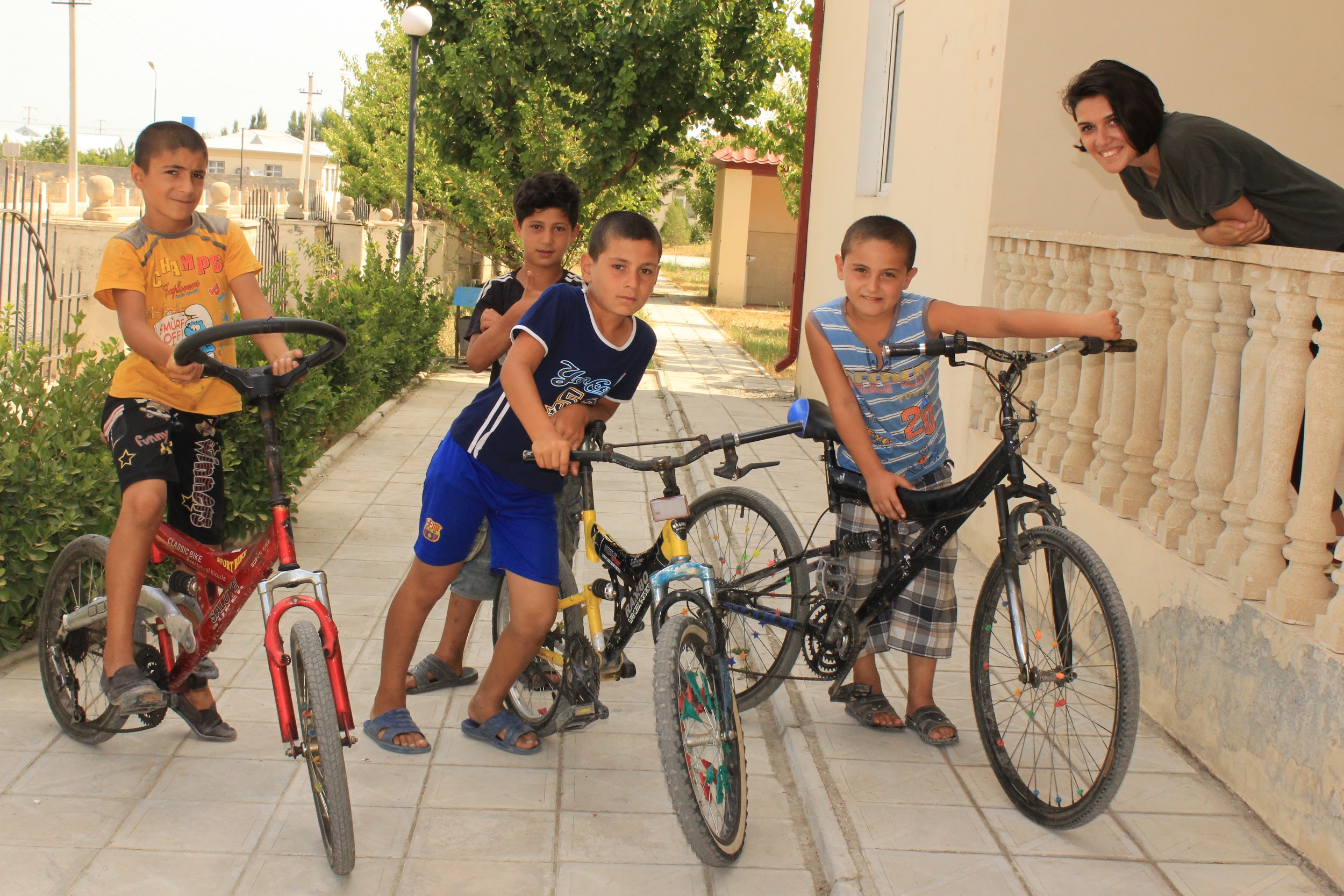 Saadat pictured with boys living in the conflict zone of Azerbaijan

Cultural practices and attitudes are some of the main barriers which prevent these sensitive subjects from being discussed among the general population of Azerbaijan. Sex and sexuality is a huge taboo topic in Azerbaijani society, and when it comes to discussion about sexual and reproductive health or rights, there tends to be huge backlash. This is because most people believe that these topics should be buried and avoided
as much as possible.

Young people are the most vulnerable group when it comes to suffering from the widespread lack of sexual education and awareness. For this reason, Y-PEER’s awareness raising and training programs focus on knowledge-sharing and increasing competences in the area of sexual and reproductive health and rights (SRHR). In maintaining this focus, however, we face fear, concerns and accusations that we are unprincipled, or that we are attempting to damage common  morality.

Photo from a Y-PEER Training in Azerbaijan

One of the reasons why people are so sensitive to these issues is that they do not touch upon these topics in school textbooks. It is very difficult to talk about sexual and reproductive health and rights with those who have never broached the subject with their teachers. Moreover, there is no comprehensive sexual education in schools, and usually, teacher will skip over the sections in other modules that deal with  the anatomy of sexual organs, reproduction, or puberty. Schoolchildren therefore see that these topics cannot be talked about in public, and so they come to believe that these issues are private and shameful – they become a silent issue. This means that when trainers such as myself talk about SRHR with young people and adolescents, especially with those who live in rural areas, we have to face the stigma that comes with speaking about such issues.

We use a  comprehensive methodology, where we try to build confidence, and bond emotionally with the young people who we are training. Then we talk in depth about the topic, assisting them to understand their own bodies and minds. Clearly, it is impossible to get this kind of work done in a day. It takes several days and we prepare our program accordingly. However, sometimes, in spite of all efforts and willingness for dialogue with parents, or community leaders, some still prevent their children from participating in the training programs.

One particular training experience stands out for me as an example of the difficulties faced by activists in the field of SRHR.  It was  last year, when I was working as a trainer in a ‘Solidarity Camp’ camp for teenagers. Throughout this training we focused on issues such as gender-biased sex
selective abortion, domestic violence, early marriages and the use theatre-based learning to combat discrimination. Of the 100 camp participants, only 16 partook in our training, as the majority of camp participants felt that we were violating the moral values of young people
in broaching SRHR-related issues. Of course, this attitude did not deter us, but it hindered our work, and continues to hinder our progress in providing comprehensive SRHR trainings to young people. Often, when we go to certain schools and rural areas, opposition prevents us from implementing our trainings. In addition, when we conduct trainings in schools, we are often asked by teachers not to discuss LGBT issues, despite the great need for  young people to receive  qualified peer education on this topic. 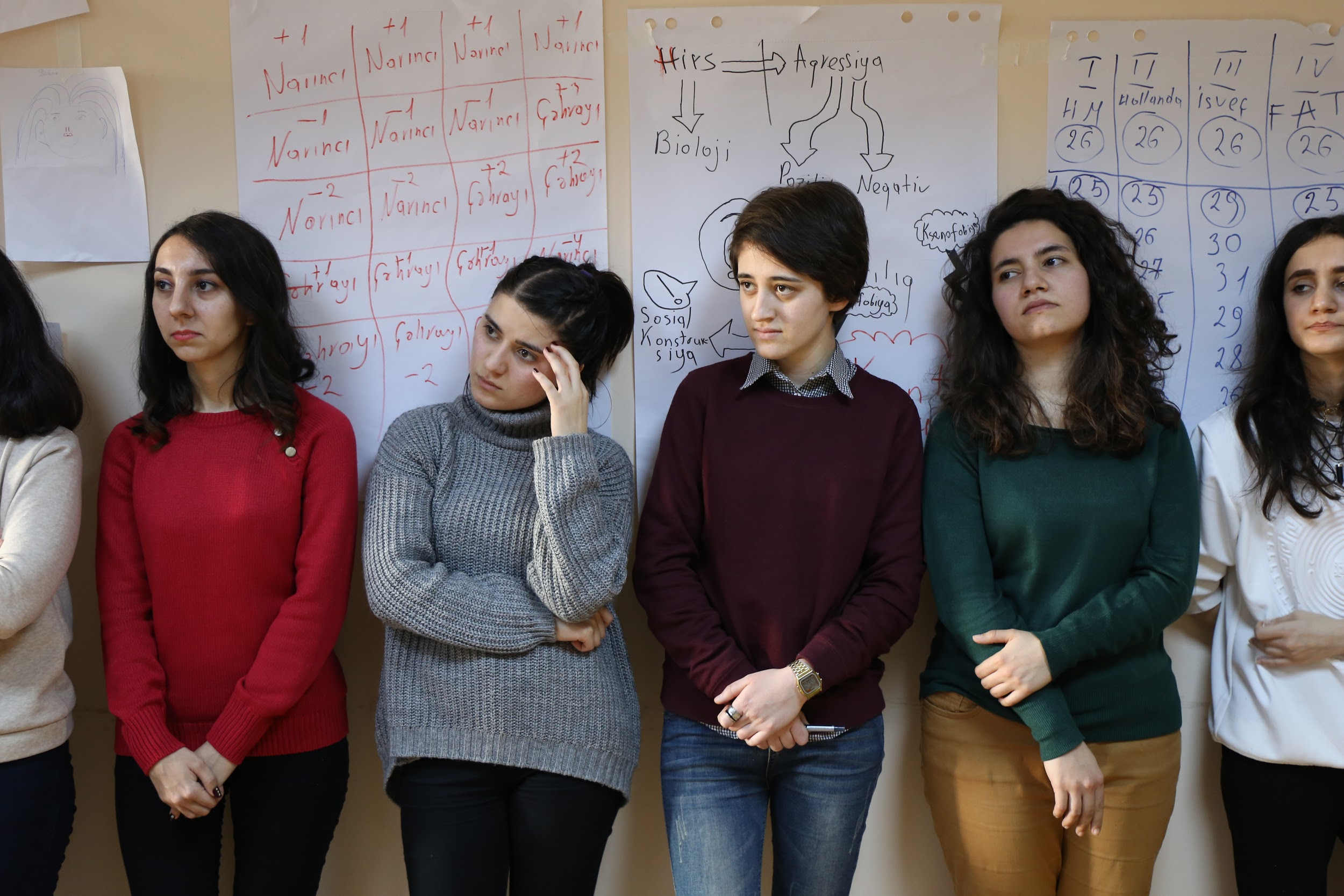 Photo from a Y-PEER Training in Azerbaijan

Another problem I have come up against very frequently is the issue of violence. I observe this much more among schoolchildren and people living in the rural areas of Azerbaijan. There are a number of reasons for this behavior; most notable is the general acceptance and justification of violence in society, which is hugely tied up with Azerbaijan’s ongoing armed conflict with Armenia. This conflict infuses local communities with attitudes of violent masculinity, aggression and violence and can make communicating with them very difficult.

In 2015, while I was conducting a training for adolescents and young people living in the Aghdam district, an area that  is located on the frontline, I could clearly observe certain behavioral problems among the participants.  During the first three days of the training, the girls were discussing the violence that they had experienced, while the boys sat out of the discussion with the supervisors. After one of the sessions, we asked the boys to stay back so that we could speak to them about their continued aggressive behaviour towards the female participants in the training. It soon became apparent that the boys had been unaware of their aggression, as they were so unaccustomed to being in the company of girls that they did not know how to act normally around them. This is because, in many of these regions, girls attend occupational classes such as hairdressing or nursing, so that by the time they are teenagers they have limited interactions with boys. It is added to by the fact that girls do not tend to play outside on the streets once they become adolescents, as they are encouraged to stay at home.

The violent discourse of the boys in the company of female participants is therefore influenced by the binary division of boys and girls from a young age. It is not, however, a purely gendered issue. Indeed, the aggression of young people from these areas comes largely as a result of their experiences  living on the frontline of the conflict where they become accustomed to the use of very violent behavior and aggressive discourse. Such behaviour is but one of the many reasons why I believe that there is a pressing need to organize anti-violence training programs for young people and adolescents, and to build capacity of more young people in order to eliminate violence. 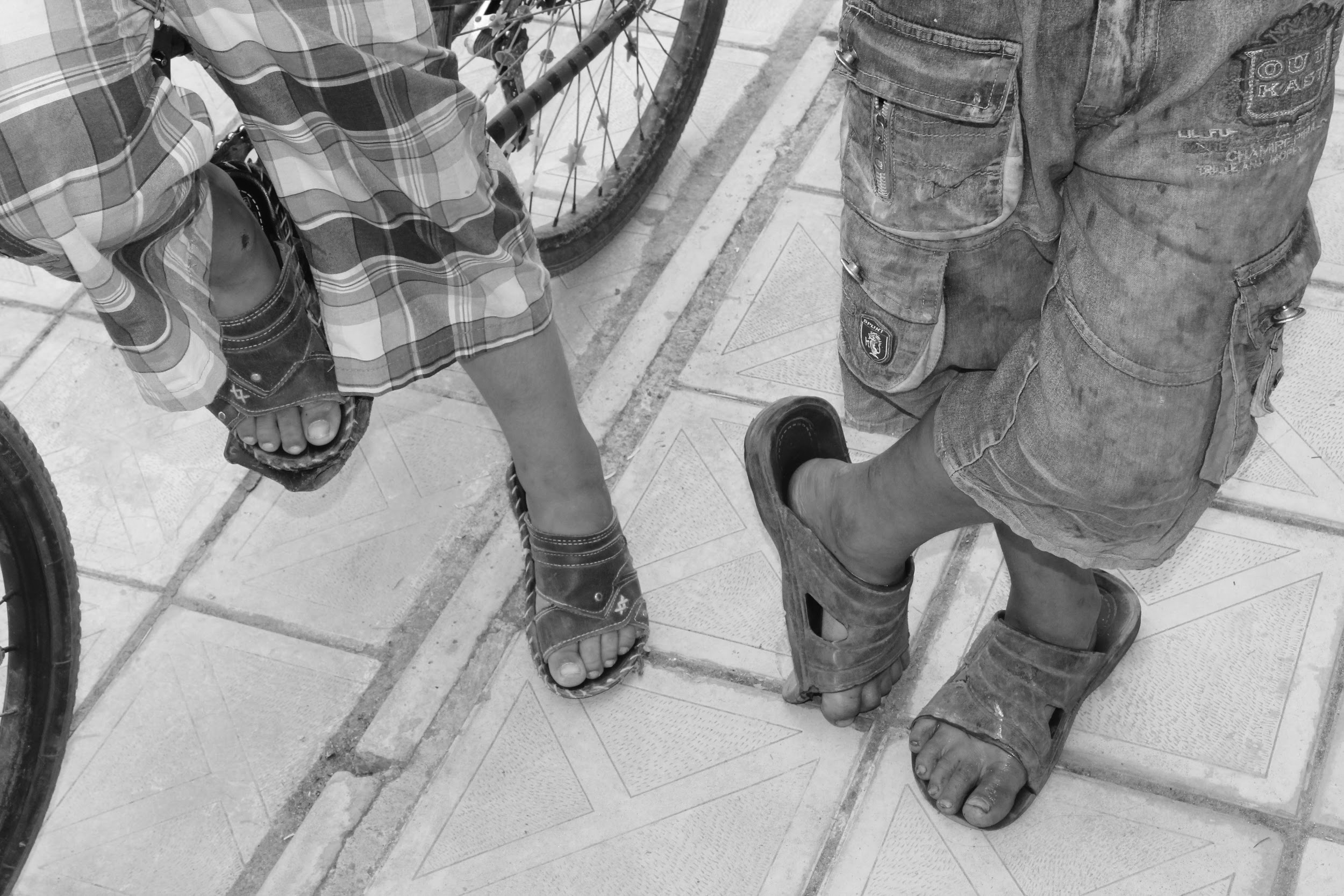 Boys in the conflict zone of Azerbaijan

Given that I was born and raised in Azerbaijan, I know how ill-informed Azerbaijani youth tend to be about local, regional and global agendas and human rights issues. In the rural areas, especially those that border conflict zones, youth, and especially girls, have little information, education or financial resources, and so they are extremely vulnerable. I have worked with adolescents and youth of both genders, and most were completely unaware of topics such as gender, sexual and reproductive health and HIV/AIDS. Through the trainings and consultations, we not only increased the competence of youth on relevant topics, but also encouraged them to develop  their messages on the change that they would like to see from local decision makers. It was very impressive to see the outcomes of these processes and it was clear that these trainings were  life changing experiences for many of them. This kind of success is, for me, the main motivating factor  for working with the most vulnerable youth and making their voices to be heard.

Their increased competences is what will will pave the way for the sustained development of the communities of Azerbaijan.

About the Author: Saadat

I am a young activist from Azerbaijan. Professionally I am a social worker. More than 3 years I worked with a vulnerable group of people and almost 4 years I am working with youth and adolescent in city and rural area. My main goal is to reach the young in the rural area and to educate them about gender equality, women empowerment and sexual reproductive health and rights issues.