Biphobia in Macedonia: The Everyday Struggles of Bisexual People

Discussing LGBTQI rights in the conservative country that I live in will continue to “raise eyebrows” for a long time. The awareness campaigns of LGBTQI activists and NGOs have moved the barriers to some extent, but still, Macedonia has a long way to go before becoming LGBTQI friendly.

Added to this, is the marginalization sometimes faced by particular groups within the LGBTQI community of Macedonia, such as that faced by bisexuals. A recent event made me realize, how excluded this group can be and how hard it is for them to find acceptance both in Macedonian society in general and within the LGBTQI community itself. My realization came as a result of an encounter with a bisexual, who opened up to me and told me about the troubles he faces as a result of his being in the middle of the sexual continuum.

He started to explain to me how hard it was for him to come out as bisexual in our conservative country:

“There was the denial at first, of course, but you can’t suppress your feelings forever.
When I finally realized that I feel attraction for both men and women, I just couldn’t accept it.
I didn’t want to be bi; it seemed illogical. I was raised in a world of tradition and monogamy, where everything is black or white, or at least fixed.
Not only did I defy everything I was taught about love by being attracted to people of the same gender, I was doubly destroying it by simultaneously being attracted to those of the opposite gender as well.
The fact that I was different started to affect my confidence and I started to isolate myself from everyone; I couldn’t ask them to try to understand me when I couldn’t even understand myself.
I lost contact with a lot of friends, fought constantly with my parents. I suffered from depression and after a while, I started doing drugs and even spent some time in a mental institution.
It was a dark and long road before I finally accepted who I was and learned to live with that.”

In response to my question as to whether things have gotten easier, now, I did not get the answer I was expecting:

“Tremendous baggage comes with being bisexual,” he said. “The social stigma and stereotypes surrounding our sexual orientation challenge us every day. We don’t belong anywhere, nor are we fully welcomed by either of the communities.
My straight friends think of me indecisive, and my homosexual friends think that I am a liar, that what I am truly doing is hiding my homosexuality. Overall, everyone thinks that it’s just a phase, a “stop along the way” until I am fully ready to come out as homosexual.
What’s worse is that they all judge my character; they think of me as a coward, someone who is on the fence and is trying to please everyone.
The worst comments I have heard are that I am indecisive, without character, promiscuous, weak, and even psychologically unstable. Can you imagine the damage those words do to you?”

“Maintaining a relationship is even harder,” he went on, “it doesn’t matter what your partner’s sexual orientation is, or how open-minded they may be; the fact of not knowing who their “competition” is can easily trigger jealousy and trust issues. That’s why it is hard for bisexuals to socialize and bond whether it is with a friend or a partner; it’s hard for people to understand us if they are not bisexuals.” 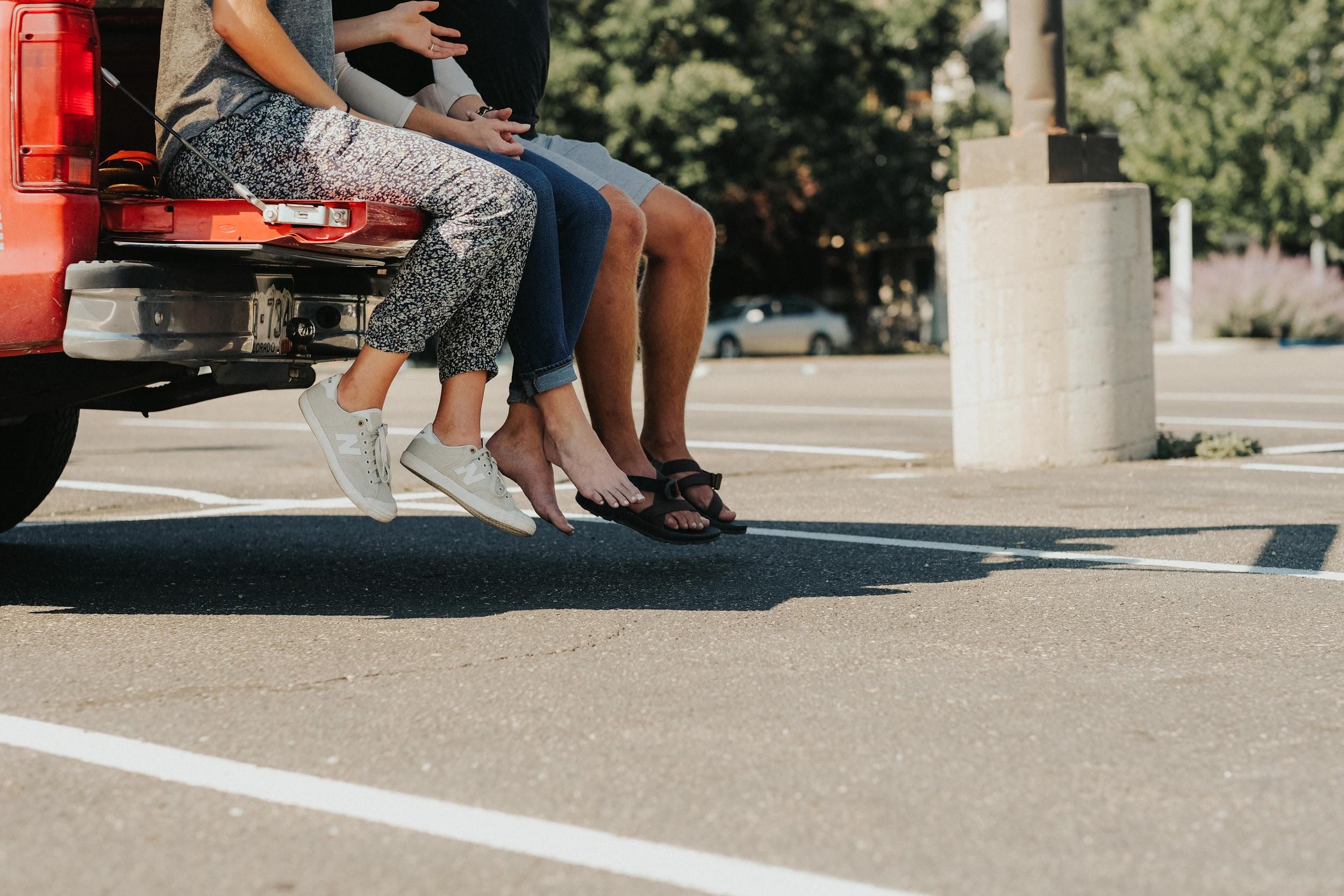 This conversation got me thinking deeply about the stigma surrounding bisexuals and about love in general.

How do love and attraction become subject to judgment? How can you label people based on who they love? Didn’t we learn that love and feelings can’t be calculated?

Stereotypes have denigrated this marginalized group to the point where the term ‘bisexual’ is used primarily in a negative sense and this kind of biphobia has some serious consequences. Indeed, research suggests that the discrimination faced by bisexuals often leads to mental issues and high rates of suicide attempts, especially among female bisexuals. Research conducted by the Society for Adolescent Health and Medicine showed that “female bisexuals exhibit the highest suicide scores across the LGBTQI community.”

As a result, many people suppress their true sexuality and by coming out as gay when this might not be the case. They either lie about their true sexual orientation and go for what they consider to be an easier option, by declaring themselves as gay or, what is worse, they put up mental barriers and spend their life not only fooling others but fooling themselves.

But what is the solution?
We may start trillions of campaigns and write millions of posts, but the true work we need to do is work on ourselves through continuous education. However open-minded we declare ourselves to be, our work on empathy and compassion should never be considered ‘complete.’
We must finally learn that we do not need to understand something in order to accept and respect it.

It is called the sexual continuum for a reason; it is not a black and white issue and we cannot divide it along such lines. Sexuality is a  complex issue that evades binaries, and we need to ensure that bisexuals, or indeed, any marginalized group will not be left to feel invisible.

Check out the videos from the recent LGBTQI+ focused “Rights and Justice for all” campaign by USAID Macedonia and the LGBTQI support center in the name of IDAHOT 2017.

Most states have adopted core legal human rights agreements, which oblige them to honor the human rights commitments contained in these agreements. The fact is, that states which have adopted these agreements are obliged to ensure full rights for all of its citizens, and this includes citizens with diverse sexual orientations and /or gender identities. For this reason, holding governments accountable to the commitments they have made by adopting these human rights agreements is a key aspect of advocacy for LGBQTI+ rights.

You can find out a number of useful tips on advocacy for LGBTQI+ rights in the manual prepared by ILGA Europe linked below.

ILGA recommends that LGBT advocates ‘engage with EU, Council of Europe and Organisation for Security and Co-operation in Europe institutions through particular mechanisms to exert pressure on their respective governments to meet their human rights obligations.’

The manual also highlights the fact that:
‘For LGBT human rights advocates the challenge is to establish understanding and acceptance at the national level that the protection and promotion being advocated do not relate to new rights – the rights are already enshrined in existing treaties, conventions, declarations and other agreements – but their universal application.’

Check it out here. (The manual is focused on Armenia, Azerbaijan, Georgia, Moldova, Kazakhstan, Kyrgyzstan and Ukraine, and is available in English, Russian and Turkish.)

Another useful article for LGBTQI+ advocacy can be found here, (although some of the ideas are US focused):
http://www.care2.com/causes/7-tips-on-how-to-be-an-LGBT-rights-advocate.html

About the Author: Marija Zarkova

Between creating digital marketing strategies, educating peers for SRHR and trying to take over the world, this feminist with hedonistic tendencies likes to watch Game of Thrones and spend time with her dog.